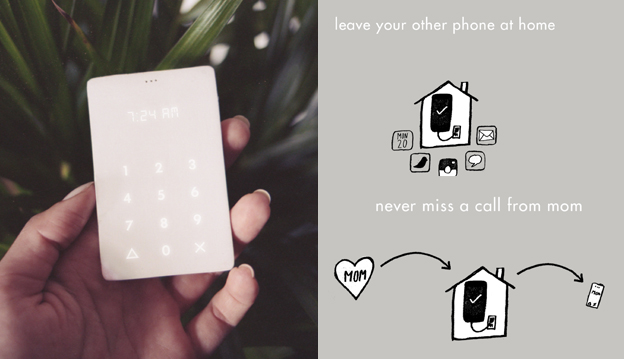 Light Phone is credit card-sized cell phone that pairs with your existing phone. It is designed to be used as little as possible, and comes with no bells or whistles. Both figuratively and literally. Without even a display screen to its name, the light phone can’t text, snap photos, surf the web, or help you take time away from all the awesome things you’re doing to post Facebook updates about all the awesome things you’re doing. And while the Light Phone will ring, it won’t ding, ping, or sing Maroon 5 at you all throughout the camping trip you’re allegedly taking to unplug and get away from it all. In other words, the Light Phone is just like a…like…phone. 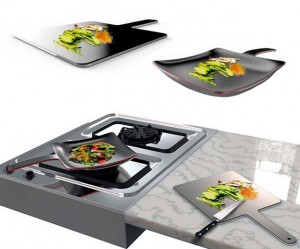 Right now Juan Lee’s Curling Pan is just a concept. A wicked concept that Juan better make happen because a cutting board that curls up into a frying pan when it hits the heat of a stovetop burner? Holy balls that’s some Einstein-abracadabra-Shazam, son! awesomeness. Brilliant. Someone give this kid a pile of seed money. 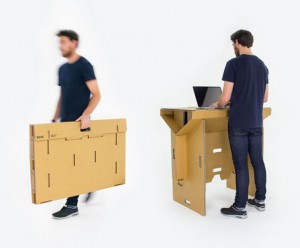 Made in New Zealand from 100% recyclable cardboard, Refold’s Red Dot Award-winning portable desk unfolds from a lightweight portfolio case into either a sitting or standing work station. Is it strong enough to hold your laptop, water bottle, and lucky 20-pound boulder? Well, it’s strong enough to hold 3 different Kiwi men who appear to weigh at least a buck fifty, so I’d say probably so. 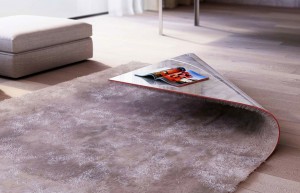 Alessandro Isola made a carpet table. Like, he took what happens when some klutz or foot shuffler catches his toe on a rug and flips up its edge stumbling forward, and he sculpted that edge into a coffee table. And then he called it the Stumble Upon as a tribute to all the clumsy oafs of the world who also appreciate artsy, high-end home decor. Pretty cool.